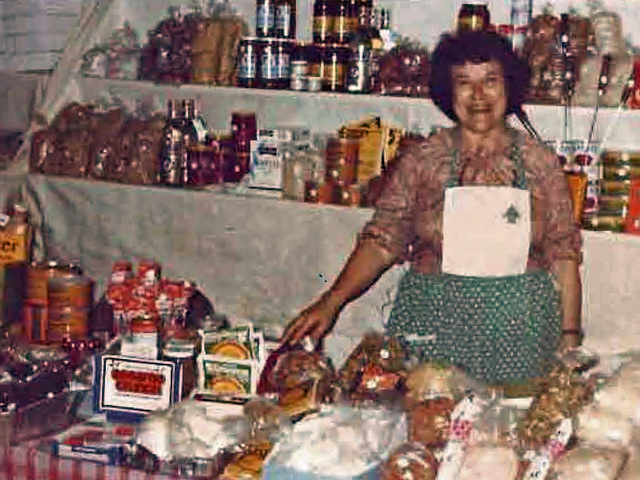 Living in Detroit’s bustling Lebanese community in the 1940s was very predictable -unless you were Joe and Mary Thomas, two of Miami’s pioneers from our nation’s largest Lebanese population.

The top priority then was doing everything to help our war effort. Two of Mary’s brothers went overseas, and the youngest died seven months later on the Pacific island of Morotai as part of Gen. MacArthur’s island-hopping campaign toward an attack on Japan.

To this day, I carry a dog-eared article about my uncle George from the “War Page” of the Nov. 20, 1944, Detroit News as a reminder of his ultimate sacrifice for our freedoms.

He was also the person who introduced my mother to my father. Joe’s tool-and-die job at the Hudson auto plant was converted to armament production. He won a glowing commendation from the Navy Department for developing a system to recycle damaged artillery from the field, which enabled him to get needed weapons back on the front much quicker.

After the war, Mary and Joe were married and began raising a family. Mary grew up on the second floor of her father’s grocery store and helped Joe open their own store. Unlike their parents, both from Lebanon, they decided they did not want their children working in the auto plants or the family store.

Upon hearing great things about Miami from their close family friend John Yunis, they headed south in 1955 and first lived in an apartment house he owned across from the Orange Bowl.

They later bought a house nearby on Northwest Third Street. Their oldest children attended Citrus Grove Elementary and Junior High, and ultimately Miami High. Mary’s father had refused to let her take a scholarship to a local college, despite being at the top of her high school class in Detroit. His old-country attitude was that education was a waste of time, especially for women, who should work in the family business.

This great disappointment shaped Mary’s No. 1 life goal: Do everything possible to give her children the maximum possible education. Joe, who briefly attended the University of Detroit but could not afford to continue, agreed.

As a result, one of their greatest accomplishments was that all five of their boys became doctors: two college professors with Ph.D.s, two orthodontists and one optometrist. The total of 16 different undergrad and graduate degrees for their five boys made up for the two college degrees they were not allowed or could not afford to pursue.

Besides raising and educating her five boys, Mary’s second life was dedicated to helping found and develop in 1973 Our Lady of Lebanon Church, which was established in the old Food Fair market on Coral Way. Joe converted the check-out counter to an altar so the first Mass could be held on Dec. 30, 1975.

When the church was struggling to generate income to pay off its mortgage, Mary suggested a weekend festival, as they had in their Detroit church. With their grocer backgrounds, Mary and Joe went to the farmers market to get fresh fruits and vegetables. She then organized a group of women who worked nonstop for a week to make homemade Lebanese food and treats. She was able to convince many local business people and others to make contributions for the fair, including live music.

The first festival in 1978 was a great success, and since then it has expanded to include arts and crafts, folkloric dances, and other fun activities. The 36th annual Lebanese Festival will be held Jan. 25-27, 2013, and it is the top moneymaker for the church. Approximately 5,000 Miamians and visitors enjoy it each year, but few know who the brainchild was behind it.

Mary was also the founder and first president of the Ladies’ Guild at the church in 1974. She continued her work at the church for decades until her health deteriorated.

Among the many accolades she received from the church and the national Maronite Church was the Silver Massabki Award in 1976. It is given to members of the parish “who have contributed extraordinarily of their time, talent and treasure” by the National Apostolate of Maronites.

In March 2011, she was able to attend a special Mass at the church honoring her and other founders.

Meanwhile, Joe became a general contractor and achieved his dream of building the family home on a two-acre mango farm in Pinecrest where Mary, now 91, lives. Joe died a happy man in 1998 on his 84th birthday in his dream house with his five boys and Mary at his side.

If you were to ask him or Mary about their greatest accomplishment, their answer would be very simple: “Five boys, five doctors!”