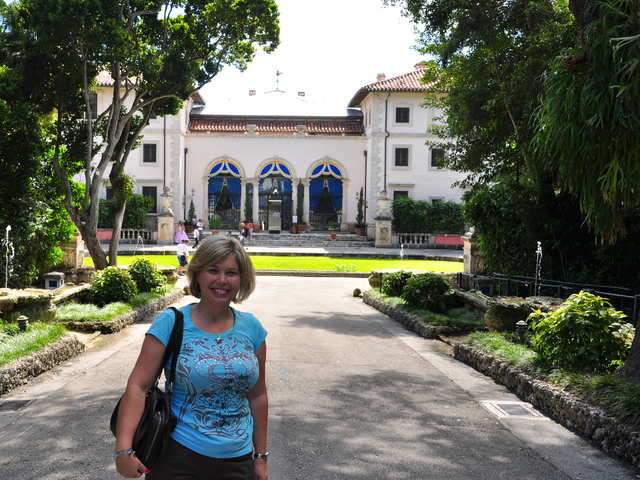 But it wasn’t until 2009, when I stepped outside all comfort zones to research my book, Fringe Florida, that I got an inside glimpse into the diverse and quirky glory that defines Miami.

My research trip was a whirlwind of interactions with everyone from python owners to nightclub promoters. I kicked it off with a day at a swinger’s convention at a hotel downtown, where waiters in guayaberas served drinks to randy nude couples. Fringe Florida is a book about the state’s unusual and sometimes illicit subcultures. In Miami you didn’t have to dig too deep to find Middle Earth.

But as with any major project, many valuable experiences fall to the floor in shaping the final piece. At the time, I was still exploring the notion of juxtaposing Miami’s 1980s cocaine glory days against its modern party drug scene. My impressions of the earlier period were colored by documentaries such “Cocaine Cowboys” and of course, the Hollywood fictions of “Miami Vice” and “Scarface.” All cast the era as violent, but glamorized by easy money and the hedonistic excesses that go along with it.

In search of remnants, I checked into the Mutiny in Coconut Grove. The Mutiny once served as a party palace for drug lords and home to many who sniffed a daily diet of the white powder that fueled the local economy. Nearly 30 years later the Mutiny had transformed into a sleepy sleek condo-hotel. All that remained of the wilder days were second-hand stories. Tips in blow, coked-up residents lighting $5 bills and then climbing balcony to balcony to escape the smoldering fire.

On a walking tour of pastel Deco South Beach, a fellow tour-goer confided he lived at the Mutiny in the day. A tan fit man in his 60s wearing designer jeans, he spoke of all-night parties and nude women running down his hallway. “It was like living in an upscale brothel,” he said. More important, his former Coconut Grove home was a set for – what else, a handful of “Miami Vice” episodes.

I later cruised by the modern three-story house shrouded by lush palms and live oaks. No Don Johnson loafing around in white linen suits and sockless loafers, just a flock of bright blue peacocks wandering the streets, interlopers from a distant land not unlike me.

I tarried through a long list of drug lore sites, real and Hollywood.
In Bal Harbour I strolled the jetty beside the Harbour House condo tower where cocaine smugglers Jon Roberts and Mickey Munday once put up women who acted as lookouts for law enforcement patrols.

On this bright October day, the white sandy beach was nearly empty and the refurbished condo tower appeared lifeless. A vintage runabout cut through the teal waters of Haulover Cut. I imagined someone behind the condo’s glass eyes watching it through binoculars. The illusion faded when a New York condo owner fishing for snook said he knew nothing of the tower’s infamous history.

Too many of the sites were drive-bys with no opportunity for interaction. The banks of Biscayne Boulevard which once laundered millions; gritty Jones Boat Yard where corrupt police raided a boat loaded with 400 kilos of coke as the crewmen jumped overboard and drowned; luxurious mansions of former kingpins in gated communities beyond reach.

By definition, the site of the “Dadeland Mall Massacre” would be available. Many consider what happened on a sunny afternoon in 1979 the start of Miami’s cocaine turf wars. Two men armed with machine guns jumped out of a panel van and sprayed Crown Liquors with bullets, killing a rival drug kingpin and his bodyguard and injuring the store clerk. After a white-knuckle drive in rush hour traffic, I arrived at Dadeland Mall to discover the liquor store had been swallowed by Saks 5th Avenue during a mall renovation.

Miami’s bad-boy glamour was an illusion cast by Hollywood and revisionist history. The world of Miami’s cocaine titans may have been an oyster, but there was no pearl, only a prickly shell that in short order began to smell foul.
As for the modern club drug scene, in the time I spent inside the velvet-roped hot spots, I found trending drugs that spanned the letters of the alphabet: Special K, X, and G. Not so different than you’d find in a nightclub in any major city. At the time, the most distinctive drug culture revolved around pill mills. I visited one. They sent me to a walk-in MRI clinic down the street.
In hindsight, I’m not sure what I expected to find. The cocaine era was a dark time and one that continues to haunt. My Miami friends say tourists still ask where to score an 8-ball.

It wasn’t until I joined the lunchtime crowd at Mac’s Club Deuce that my disillusionment gave way to an appreciation of what Miami had become. Except for the neon gracing its wall, courtesy of the “Miami Vice” crew, it looks like a set from a Damon Runyan novel. Dark and smoky with the original red laminate serpentine bar, Club Deuce has had few alterations since it opened in 1926. The bar’s real treasure is the spell of friendship it casts. Before I finished a screwdriver, I met everyone.

The longhaired fashion photographer wearing more silver bangles than I thought humanly possible who worked on his laptop to be able to write off his drinks. The young businessman in a starched shirt unbuttoned enough to show a white undershirt. A blustery former cop who ranted about Obama. An Ecuadorian pottery wholesaler who for years in the 1980s wouldn’t leave his home at night much less venture to South Beach — three men with a gun and a machete had mugged him outside a club. “It was extremely dangerous on South Beach,” he said. Now he lived there and wouldn’t dream of moving.

Mac Klein, Club Deuce owner, was 95 when I met him and looked as if he could take a man 20 years younger. He was wearing an unbuttoned Hawaiian shirt; his glasses were thick and black. He didn’t talk much, but kept reemerging from the back with memorabilia. The bar’s original menu. A flier for the “Miami Vice” wrap party. A thank-you note from the cast. A dog magazine featuring his champion Doberman pinschers. Sensing my love of dogs, he insisted that I keep the magazine, which I now treasure.

My drug scene exploration may not have turned up the type of fringe I sought for my book, but I have no regrets aside for the credit card debt I racked up. And on any trip, I make a point to duck into Club Deuce and say hello to my friends, whoever they may be that day.