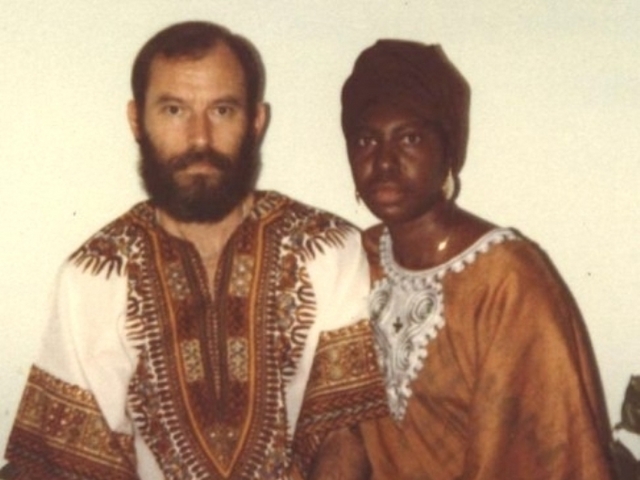 Being raised in St. Louis, Miami was always that exotic place I read about. I never really thought I’d be living here.

On a trip back from Central America in 1975, my partner Jim Hewitt and I landed in Miami in February. We didn’t want to face winter up north, so we found a cheap apartment on Miami Avenue and 20th Street. A noisy place that is still there, it is wedged between a busy street, a jet flight-path and a railroad track.

In 1978 Jim and I parted in New Orleans, and by 1980 I met Brenda Williams. We fell in love and were soon living together. In 1982, we moved to Miami Beach, living at the Chesterfield Hotel on South Beach.

At that time the city still required Civilian Registration cards to work on Miami Beach, a leftover from the 1930s for monitoring seasonal workers that the State Legislature overturned in 1986. So, we got ours but never had to use them. Within a month we had moved across the bay to Miami, living in the Edgewater neighborhood off Biscayne Blvd. at 23rd Street. It was an old neighborhood with a few new multi-storied apartment buildings, but mostly old residences subdivided into apartments like the one in which we lived.

Brenda’s 15-year-old daughter Rosalyn moved down here with us and went one year to Robert E. Lee Jr. High School at 3100 NW 5th Avenue. We then enrolled Rosalyn in Miami Beach High. Normally, from where we lived she would have gone to Jackson High School on 36th Street in Allapattah, but we were leery of an inner city school in that neighborhood, so because of desegregation policy and her being black, we were able to enroll her in Beach High.

Beach High is where she met a local boy, Keith Lankford, whom she eventually married and with whom she had our two grandsons, Keith Jr. and Kevin.

Our neighborhood in those days was a pleasant place to live. One of our family traditions was to walk down the Boulevard to the Omni Mall. At the time, it was a thriving mall with Burdines and Penney’s anchors and full of eating and shopping places and even a movie theater. Our Friday destination was for pizza at Cozzoli’s, then just hang out walking the mall or take in a movie.

In 1983, Brenda and I got married at Unity on The Bay in Miami, a couple blocks from our home. Having lived together for three years it was a small wedding celebrating our life together with just the Church Notary officiating, Rosalyn and two friends as witnesses.

Brenda and I were living on Miami Beach in 1996 when we got divorced. It was amicable and we remained friends. Brenda later became ill and was diagnosed with ALS. She stayed with Rosalyn’s family in West Park until she died in August 2000 and where I visited her often. I am still a part of Rosalyn’s family and did extensive travels with my youngest grandson Kevin when he was a teenager.

I am still here, living on Miami Beach and working for the past decade at MACtown a residential facility for developmentally disabled adults in Little Haiti (Little River) Miami.