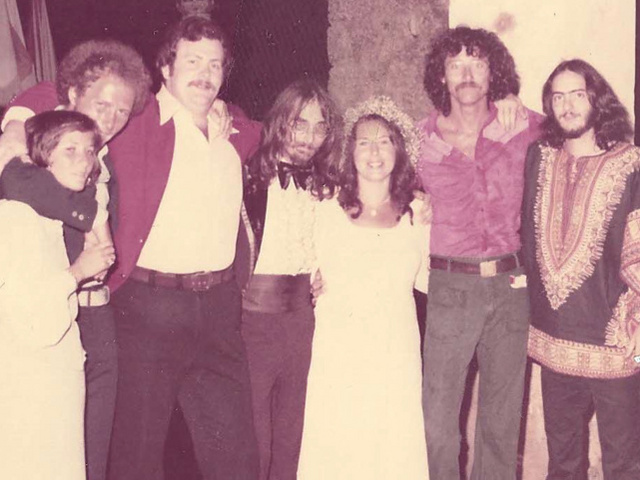 Robert Conner died on March 3, 2012 before he was able to finish compiling his Miami Story. His wife Linda Conner submitted the article for publication on the one-year anniversary of her husband’s death:

I was born at Jackson Memorial Hospital, but my life really began when I was fortunate enough to be adopted by Wilton and Enid Conner.

Dad, “WW” as he was known, grew up in Washington, D.C. Mom is from Marietta, Ohio, and grew up on a farm. Dad was transferred to Miami by the U.S. Quarantine Service in 1943.

They first lived on Biscayne Boulevard, and then, in 1946, bought a home in Hialeah. The house was quite small, especially by today’s standards, at about 700 square feet and it cost less than $6,000. In those days, there was a cow pasture across the street and Hialeah was a very small town. Henry Milander was the mayor – often referred to as “King Henry” – and he got me my first job, with the trash department.

Most of my friends went to Hialeah High School, but I ended up at Miami Springs High the first year it opened. During high school, I joined the civil air patrol just so I could go flying in airplanes. We spent the most time in C119 Boxcars, flying out of Opa-Locka airport, and had bivouacs in various places, including Greynolds Park.

I looked forward to the special occasions when we ate out at Pickle Herring Charlie’s or went for ice cream at Jahn’s on Miracle Mile. We went to the Essex theater on Hialeah Drive, the Olympia Theater downtown and the Drive-in on LeJeune. On the way to the drive-in or to Jahn’s, you might get stopped by an airplane on LeJeune Road, because the hangars were on the east side of the street and they would taxi across to the runways on the west side.

The family attended the Presbyterian church and mom sang in the choir. After high school, I was going to go to Central America to work with a missionary group from the church, but plans changed and my girlfriend, Pat Walters, and I got married. We found a garage apartment in Biscayne Park and I went to work for Winn-Dixie, and a little while later we welcomed our daughter, Tamara. As too often happens when couples marry young, Pat and I parted ways and Tami now lives in Alabama with her husband, Charles Anderson, an Iraq war veteran.

I stayed on in South Florida and went to work for flood control, part of the water management agency. My route took me all over the county and out into the Everglades. Later, I became a manager at Arby’s on Coral Way, and started the most interesting part of my life.

It was the early 1970s when I became a volunteer at Switchboard of Miami, often referred to as the “hippie hotline.” The cast of characters volunteering at Switchboard was an interesting one – Vietnam vets, commune members, bored-but-committed rich kids, high school and college students looking to find their way.

Volunteers were given basic first-aid training and on-the-job training for answering the phones. Phone calls also ran the gamut from callers just looking for someone to talk with and listen to their problems, to partiers looking to identify the drug they were about to ingest, to the more serious calls from people contemplating suicide and those who had taken too much of a drug and were afraid to go the hospital.

We also directed people to various agencies for everything from food stamps, to housing, to spousal or child abuse. We ran first-aid rooms or tents at all the concerts, which was a particularly popular job with volunteers as it got us into all the concerts free.

In the summer of ’72 we had a call that there was a riot on Miami Beach and all hands were needed to go to Flamingo Park to render first aid and help with the situation. It was the Republican National Convention and many were braced for trouble.

Miami Beach was blessed to have at that time an amazing police chief in Rocky Pomerance. Chief Pomerance was smart and calm, and he created a “no bust zone” in Flamingo Park . So rather than a riot, we arrived to find “Beat Poet” Alan Ginsburg sitting in a large circle reading his poetry and smoking – and he was completely nude. It was quite a sight.

I would say that it was a wasted trip but something happened that would change my life forever. I grabbed a ride home from someone with a car and, when I got in, I met Linda Schimmel, my future wife. We got married in 1975 at the Venetian Pool in Coral Gables. Linda always says it was a much larger wedding than originally planned, as every time I ran into old friends I would invite them. It was an interesting guest list and the best party I ever went to!

At the time, I was working as a bridge tender running the Brickell Avenue Bridge, and then I transferred into bridge maintenance. Eventually, I left work with the state to pursue my talent, which was working with plants. I went to work as grounds foreman at Fairchild Tropical Botanic Garden, and then in plant cultivation and production, and finally to work for myself doing landscaping and lawn maintenance.

Linda and I loved to eat out, but many of our favorite places no longer exist. Later in life, we were not much into concerts anymore, but were big Marlins fans and really looked forward to the new ballpark.

From Linda Conner:
Bob was diagnosed with cancer in 2004 and suffered many challenges. Back when “Miami Stories” started appearing, we began working on our own stories and, as Bob’s health declined, it fell by the wayside. He passed away March 3, 2012, never having quite finished, and never getting to sit in Marlins Park. As his wife, I have gone back and done a little “polishing” of Bob’s Miami Story, but it is a fond remembrance of his life in South Florida.