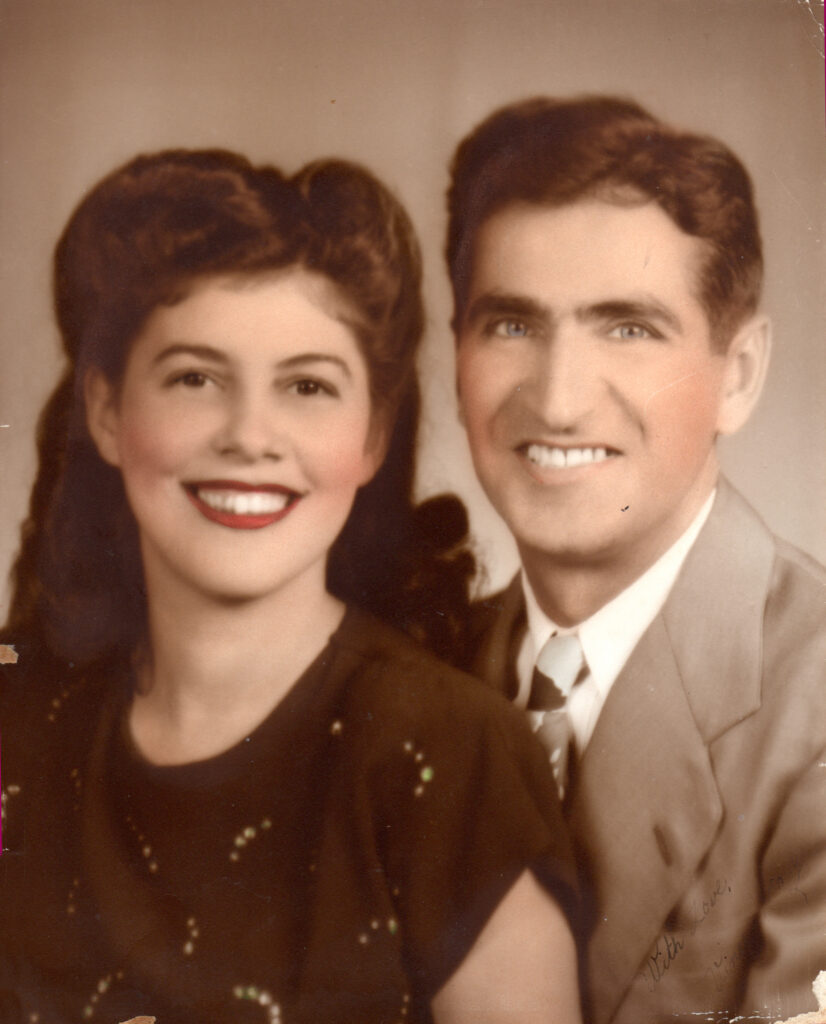 I first met Mary Merlo Lugo at a party at a friend’s house in South Miami. Circulating, as one is prone to do at any party, I found myself seated next to this wonderful woman who, at age 93, regaled me for the next four hours with the most entertaining anecdotes about her life, both in her native Puerto Rico and in Miami.

She moved to Miami in 1945, never to go back, except for a few short visits.

I was fascinated with this woman’s zest for life, but mostly impressed by her clarity of mind. I asked her adopted daughter to take me to Mary’s house to meet her husband, Vince, and got to know him, as well, thus starting a trip down memory lane, which I just had to sit down to chronicle.

When Vince was 9, his Italian mother, Josefina, moved him and his brothers to Washington, D.C., where he lived until he was drafted into the army in October 1941, just two months before Pearl Harbor. After basic training in the Corps of Engineers, he was shipped to Ireland with the 1st Armored Division, and from there he was sent to Oran, Algeria, and later Anzio, Italy. Once the war was over, and after spending a number of weeks in a hospital in Naples, Italy, he was flown back to the United States in 1945.

After a series of odd jobs, Mary ended up working at Woolworth’s, and while she became immersed in the energy of a blossoming city, Vince was convinced by a friend in Washington to come down to Miami to look for new opportunities. He worked as a painter in Miami Beach and Coral Gables. One day, a year later, he happened to go with a friend to Woolworth’s. They were talking about a hurricane that was threatening Puerto Rico as they passed the counter where Mary was stationed. When she heard Puerto Rico mentioned, she interrupted their conversation.

Vince was immediately smitten, and as it happens with all the affections destined to last, their relationship was initially tentative, with Vince stopping in at Woolworth’s every day to visit her, giving themselves time for their growing love for each other to mature.

They were married on Aug. 16, 1947, and the city embraced them as Mr. and Mrs. Biondi with a gulp of fresh air as soon as the doors of the church flung open.

The city in those days was flat, irregular, unkempt. Nonetheless, some changes were sprouting here and there. South Beach had its Art Deco buildings, which Vince kept beautified with his painter’s brush. However, with a family in mind, Vince decided to get a regular job and ended up working at Burdines, making $1.65 an hour. He joined the union and, with pension and medical plans secured, they were able to buy their home at 931 NW 39th Ct. with the help of the G.I. Bill of Rights.

Vince and Mary took the plain but structurally sound house and slowly transformed it into a comfortable Miami house that became the home of their two daughters, Cheryl, who now lives in Orlando, born in 1950, and Aileen, born in 1953, who now lives in Gainesville. Then, one day in 1961, when Cuban families were making the supreme sacrifice of parting with their children and sending them alone to Miami to escape the Castro regime, Mary and Vince took in a 14-year-old Cuban girl as their own until she could be reunited with her natural parents. To this day, Migdalia calls them Mom and Dad, and Cheryl and Aileen are like sisters to her.

Migdalia eventually went to Puerto Rico, but Vince, Mary and their two daughters remained in Miami, sharing good and bad times, dodging dangerous hurricanes and taking in the luxurious pleasure of the perfume of native flowers in the winter.

Certain deep loves mature slowly, but they are meant to be forever, so the song says. However, nothing as we know it is forever. I called Mary to ask her the dates when her daughters were born. Mary passed away too prematurely, on Thursday, March 15, 2012. I was preparing to fly down to Puerto Rico, her birthplace. She never got to read this chronicle.

As I now sit on the beach in Puerto Rico, rewriting the end of this “Miami Story,” I really think that I was truly blessed to share some very special moments with this very wonderful woman and her husband. They, in turn, shared 65 glorious years together and many happy experiences in Miami raising their daughters, Migdalia included. Mary’s great sense of humor, her kindness and love for them and all of us who were lucky enough to get to know her, is a great part of her exceptional legacy.

I agree with Maya Angelou when she says that most people do not grow old. We find parking spaces and honor our credit cards. We marry and dare to have children and call that growing up. We carry an accumulation of years in our bodies and our faces, but generally, our real selves, the children inside us, are still innocent. Mary and Vince made me realize that.