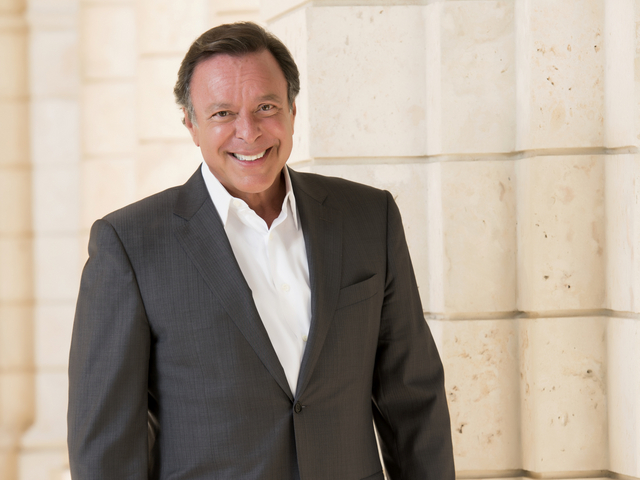 On Christmas Eve in 1964, in the midst of revolutionary activity in Cuba, my family and I were expelled from our rural Cuban town without any warning or money.?

Suddenly, we all were on a new trajectory of unforeseen challenges, opportunities and lessons. ?

I arrived in South Florida in the summer of 1975, after being discharged from the U.S. Army. Miami was a transient city back then. Cubans were outsiders, and many local Miamians wanted us to go back to where we came from. It was a cold and ruthless environment here, and, at the time, many of us did not have successful role models to look up to. But we had values and we would do whatever we needed to do to get ahead — from delivering milk to cleaning bedrooms and bathrooms at Miami Beach hotels.

I worked as a door-to-door salesman. It was an honorable life, one that rewarded those who embraced it and who earned as much as they could. The sky was the limit, as long as you didn’t let others define you. I was not about to give anyone that much power over me. I was not the smartest, but I would be the hardest worker, the most organized salesman, and the most productive employee in that sales group. I had no idea how difficult it was about to become.

I was 23 years old in a strange new city, with no one to network with, and no referrals from people who could help me find a prospect. The first week was a brain-crushing, ego-deflating experience. After one week, I walked up and down every apartment building in Fontainebleau Park, off Southwest 87th Avenue. I walked through every clothing manufacturing factory I could find in Hialeah.

I had nothing to show for it. I had not made one penny, and unless I generated a sale, by the end of the month I would be fired. I was ready to quit, but I did not. I came from a humbled economic background, from a family of rich personal values. I knew it was going to be a rough road, but I was determined to make it work: America was now my country, and Miami would soon enough be my home.

I poured through the Yellow Pages and made countless calls. One day, I contacted a business, and asked for the man whose name I had from an article in the Miami Herald. He was a real “somebody” who had just sold a company and was on his way to building another. I was getting used to the rejections from the gatekeepers, the assistants, and I still had not succeeded in getting an appointment to sell insurance. But by now, I was somehow immune to the rejections. I was shocked when the assistant transferred the call to “Mr. Big.”

He asked me, “How did you get my name?” I told him, “from the D&B; index cards that have the name of employers in Miami and I had read about you in the newspaper.”

Then he went on to give me a few encouraging words: “To succeed, you have to fail. When you fail, you learn. When you fall, you get up.” These were the first encouraging words I had heard from someone whose name was in the paper. Mr. Big was bigger to me than he would ever know.?

Those words of wisdom gave me the fuel to make more calls, to survive the week, and by the end of the second week, I had 12 appointments to make my pitch. Later that week, I met another Mr. Big. He, too, declined to buy my services but just like the one before, he gave me words of encouragement that filled my heart with the energy I needed to push ahead.

Those two individuals — without knowing it — helped me create a new world for myself and my family. These are the kinds of individuals who have made our city a magical place where dreams come true: I currently serve as chairman of MBF Healthcare Partners, L.P., a private equity firm located in Coral Gables, and recently published my memoir, Humbled by the Journey: Lessons for My Family and Yours.

Like me, who knows how many others have been guided, encouraged and driven to live their dreams by individuals like the two who touched my life?

They have not known until now how much they have meant to me. Mr. Armando Codina was the first Mr. Big. Thank you for what you did, for who you are. The second Mr. Big, came into my life at a time when I needed a word of support. To the family of Mr. Leonard Miller, I owe much of who I am to your dad, your husband, your grandfather, your Lenny.?

This is who Miami is. This is what we need for Miami to continue to be!