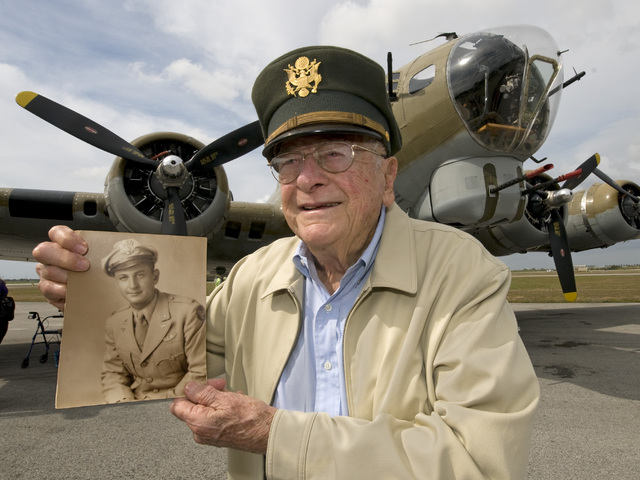 In 1925, my parents and I disembarked in Miami after a three-day train trip from Chicago, and went to stay at a cottage surrounded by a grapefruit grove that belonged to my mother’s aunt. I was three years old, and it marked the beginning of my nearly nine-decade-long adventure in South Florida.

That first evening I responded to a noise at the back door, and found what appeared to be a large kitten, but turned out to be a Florida bobcat. We lived on that farm, now part of the University of Miami campus, for three months before the electric grid reached us.

After the 1926 hurricane, which we rode out in the old McAllister Hotel, we relocated to Fort Lauderdale where my dad operated the city’s only shoe store.

One local character was a Seminole named “Shirttail Charley,” who wandered the unpaved streets cadging nickels and dimes for beer. One day he produced a 50-cent piece as a deposit on “paleface shoes.” Dad gave him a pair, which Charley carried under his arm, donning them only when entering a bar or store.

My life in journalism and public relations began when I was 15, and my football coach asked me to make notes on practice sessions for the Fort Lauderdale Daily News sports editor. After two weeks the editor persuaded me to file complete stories, eventually with a byline. After three months he said, “You’re doing a great job, kid, and I’m going to pay you, too!” He did — one dollar for football season and a second dollar for covering baseball season.

Early on I became fascinated with flying. One day, my best friend Leonard and I scraped together two dollars for a 30-minute sightseeing flight in a World War I “Jenny.” My parents were furious. The pilot was fond of bourbon, and we were henceforth grounded.

Saturday morning movies cost a dime in those days, and after seeing “The Last of the Mohicans,” my pal and I got mohawk haircuts a full 75 years before they became trendy. We were forced to wear caps to hide our “ avant garde” style for months.

After almost four years at the University of Florida and summers spent as a full-time Daily News reporter, I was summoned by the Army Air Corps and eventually flew 35 combat missions as a navigator on a Flying Fortress bomber in the European front.

On a January 1945 bombing mission two of our engines were shot out, forcing us to crash land at a Belgian farm. Both German and Allied forces were in the vicinity. Fortunately, the British got to us first.

In June 1945, I began the final six months of military duty as a public relations officer at Coral Gables’ Biltmore Hotel, at that time a rehabilitation hospital. Those were heady days, with 315 nurses to date, two swimming pools and a golf course.

Among the staff were special services officer Ben Hogan, whose assignment was golfing with visiting generals, and future Dade County Mayor Steve Clark, the payroll sergeant.

In January 1946, capitalizing on my Biltmore PR contacts, a University of Florida fraternity brother and I opened a public relations agency on Lincoln Road. We specialized in nightclubs, restaurants and hotels, including the new oceanfront Sherry Frontenac.

Through the years I have represented such interesting clients as evangelist Oral Rogers, the Fontainebleau resort and Rosie the dancing bear. After arranging an “interview” for Rosie and her trainer at the Miami Herald, the trainer bowed out, leaving the bear and me to fulfill the assignment. When we arrived at the old Herald building on Miami Avenue, pandemonium broke out. A photographer positioned Rosie at a typewriter and the clamor drew Publisher John Knight from his office.

Glaring at me, Knight asked, “What’s going on, Stuart? I thought you only represented hotels!”

My public relations career, mostly representing leisure-travel clients, has provided me extraordinary globetrotting opportunities. Though I have visited countless cities in more than 80 countries and every continent except Antarctica, none has replaced Miami.

I’ve led a charmed life in South Florida. In 1948, I married Edith Koenig, a registered nurse, newly arrived from New Jersey. In 1950, I received the first GI housing loan on Miami Beach, which allowed us to build a three-bedroom home on Biscayne Bay for less than $17,000.

Our daughter, Cathy, now a veteran editor and author for National Geographic, and son, Andy, who has taken our PR agency to new heights, have given me three equally successful grandsons.

Following my first wife’s passing after 44 years of marriage, I married another nurse, Sandy Sharpe. We summer in Greenbrier County, West Virginia, where my claim to fame is as the region’s reigning barbecue ribs champion.

Because Miami has been good to me, I strive to give back to the community. We support the University of Miami’s Sylvester Comprehensive Cancer Center and the University of Florida, where my son, daughter-in-law Maria and grandsons Alan and Michael are alumni, too. We also support Camillus House.

My mother lived until she was 101. That’s my goal now. But even if I don’t make it, Miami has provided a more than rewarding life for me and my family.