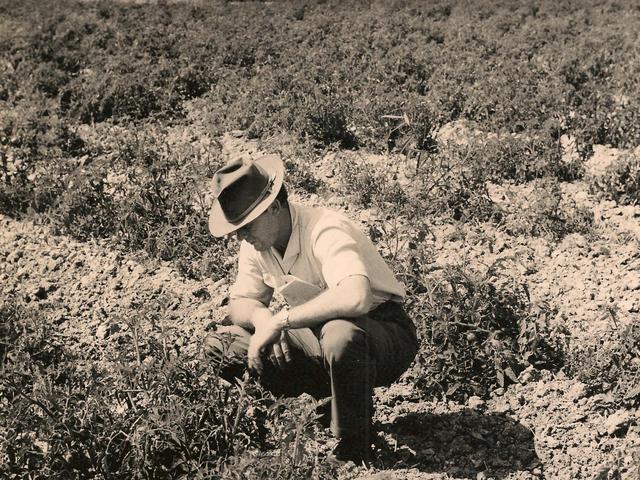 In 1937, when I was nine months old, my parents, Thomas J. Lee Smith and Lila Smith moved from Tampa to Homestead, Florida so my Dad could pursue a sales position with Kilgore Seed Company.

My dad was orphaned at a young age, so settling into an old wood-framed house in a small farming neighborhood seemed like a perfect setting—family, community, and for Mother, church down the road.

Growing up in Homestead, where everyone knew your name and who your parents were, placed an indelible mark on my perspective of life. Deals could be made with a handshake. Your word was your bond. Trust, loyalty and commitment were a part of your core values and beliefs and each of those were equally embraced and sustained.

In 1943, my world of innocence was turned upside down. World War II had reared its ugly head all the way to Homestead, Florida. Dad was drafted into the Army and shipped off to the Philippines. I was seven years old, and Mother was left to raise me and somehow find a way to keep our family intact and financially secure.

Mother got a job in my school as an assistant to the principal of Neva King Cooper Elementary. We walked together to school every day, waiting for Dad’s return so we could once again return to life as it used to be, but it would take three more years before everything returned to normal.

Dad was back home, unscathed by the war, and working once again at Kilgore selling to vegetable farmers.

As the years passed, Homestead started rising above its small town standing with increased construction of strip malls, restaurants and paved roads.

The Homestead Air Force Reserve Base brought in a military population and there was enough of a surge in residents that old Homestead High and Redland High were merged into the brand-new South Dade High School. My parents bought a house behind the First Presbyterian Church—where I sang first bass in the church choir—and I was part of South Dade’s first graduating class.

In the 1950s, my Dad borrowed money from a friend and founded S & M Farm Supply, Inc., with his partner, A. McIntyre. They rented a wooden building for tomato packing on the southwest corner of U.S. 1 and S. W. 248 Street and next to the F.E.C. Railroad tracks. Not long after that they had a concrete-block warehouse and sales store erected right across from the Homestead Electric Power Plant.

After graduating from the University of Florida with a Bachelor of Science degree in Agriculture, I joined my Dad at S & M. Years later we acquired Woodbury Chemical Company of Homestead, and both corporations were the local base for the agricultural, pesticide, and fertilizer industries in South Florida.

It’s been a long time since Woodbury was sold and S & M closed its doors. My parents have been gone for years. Homestead is different not only because of time and growth, but also from the tragic destruction of Hurricane Andrew.

Our old house is now bank offices and the church is no longer on the corner. I’m quite sure business contracts have replaced the handshake and the farming industry has waned. But I know that one thing still remains the same: I can stop by a roadside stand, pick some strawberries, close my eyes, and remember what it was like when everyone knew my name.