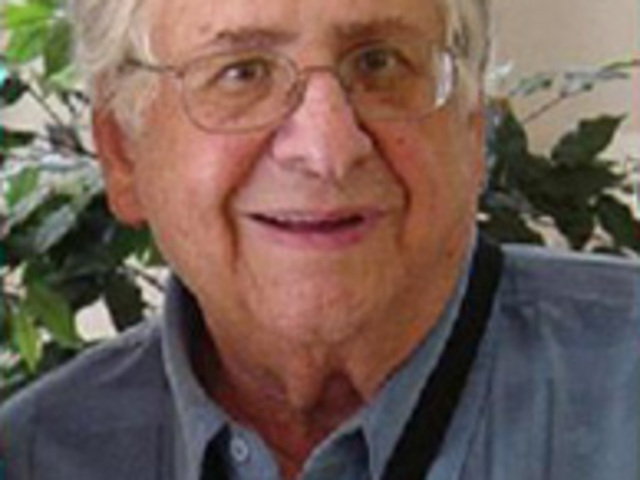 In the winter of 1937, when I was 5 years old, my grandparents took an apartment in Miami Beach for the winter.

The apartment was on the corner of Española Way and Meridian Avenue. Our family was from Youngstown, Ohio, and we would drive down for a visit and spend a few days on the beach like any other tourist. That was my first long car trip, and I fell in love with Miami Beach. Along with my brothers, Bert and Bob, and our parents and grandparents, we all had fun at the beach. That was something I can never forget. It was fantastic.

My earliest recollection of Miami Beach was in that winter. We lived there for a few years and then moved to an apartment at 15th Street and Euclid Avenue, where we spent the war years. I vividly remember seeing the soldiers marching up and down the street singing, as they counted cadence, during their period of basic training. The entire city had been converted to a large Army base, and we lived right in the middle.

I attended the Lear School on Bay Road for a couple of years, then in third grade switched to Central Beach Elementary. Then it was on to Ida M. Fisher Junior High across the street, and then next door to Beach High, where I graduated in 1950.

During my early years in Miami Beach, the west side of Ocean Drive was lined with recently built hotels. They all had front porches with chairs facing the ocean so that the patrons could sit, relax and enjoy the gentle ocean breeze while on their vacation. Lifelong friendships developed among the fellow tourists who chatted on the porch.

Ocean Drive, with its beach of golden sand, was “combed” freshly each morning by beach boys who had a chair concession every hundred yards or so along the beach. Our special spot was under a clump of three Coconut Palm trees on the beach at 14th Street. For a dime or so, you could have a beach chair set up foruse all day. Another quarter got you and your group some towels and a large umbrella planted nearby to provide shade from the broiling sun. Sunburns were frequent, and unwary visitors suffered much pain if they didn’t take proper precautions by taking the blazing sun in small doses.

Teams of lifeguards would protect the occasional bather in trouble, and each lifeguard station had a lifeboat that was used for more serious emergencies. This setting made Miami Beach a picture-perfect place to spend a vacation.

Flamingo Park provided outdoor sports venues of all types for natives and tourists alike. Baseball diamonds, tennis courts and a jungle gym kept a sports enthusiast busy from dawn to dusk. The older folks had shuffleboard and horseshoes to keep them entertained. The park also had a football stadium used by the Beach High Typhoons. Free concerts were held often, and the park was the central attraction outside of the beach scene.

Lincoln Road, today’s equivalent of an upscale shopping mall, was meticulously manicured and lined with Royal Palm trees. The Beach and Lincoln Theatre provided the latest in movie entertainment.

Miami Beach at the time was a city of less than 10,000 permanent residents that swelled to an estimated 50,000 or more during the winter season. The “season” was considered to last from November through March. Because of the extreme heat in summer, most commercial establishments would close during June, July and August. A few businesses would remain open with skeleton crews to accommodate the people who remained. In those days, even the permanent residents would leave town in the summer, leaving Miami Beach a virtual ghost town.

While about a hundred hotels had been built, all in close proximity to the beach, the city council had wisely reserved the beach along Ocean Drive be used for the public. There was also a 12-story height restriction on all buildings. The city of Miami Beach was fairly small, linking together several islands. The main island extended to 87th Street, where the village of Surfside began.

The east side of Washington Avenue from First Street to Lincoln Road housed block after block of small, mostly family-owned businesses — bakeries, food stores, restaurants, delicatessens and butcher shops. Most of these shops were owned by Jewish people who had found that a good living could be made catering to the permanent residents, as well as the tourist population.

In 1950, my grandparents built a fabulous home at 45th and Pinetree Drive just north of the Firestone property on Indian Creek. We could look across the creek and see the ocean from our living room. This view was spoiled somewhat when the Eden Roc Hotel was built.

While growing up, we spent a lot of time fishing in the Everglades, picking grapefruit and just sightseeing. It was a great time that I shall never forget.

Hopefully, some of my friends will see this article and recall with me those happy times.