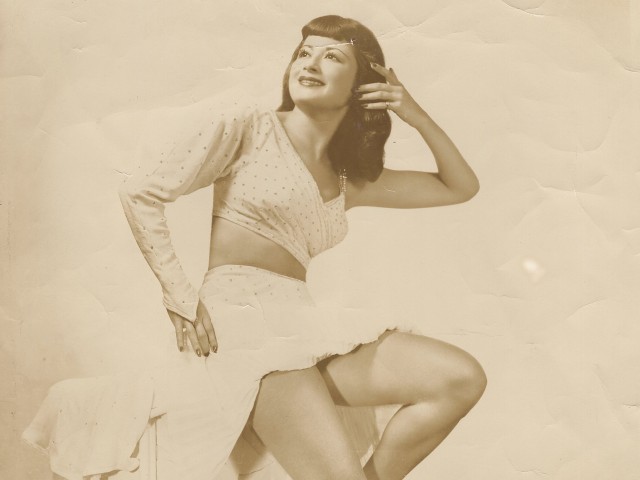 This is an interesting story about a creative, talented man (my dearest husband of 50 years), Herbert Marks. He had an office on Lincoln Road for 60 years. His talent for show business started as a boy when his family had a theater in Boston where they had movies and let talent try out.

When Morris Landsberg had five hotels, Herbert produced full-length Broadway shows and he had all guests come to the Deauville to see the productions. Leon Leonidoff from Radio City Music Hall designed the stage.

Herbert also had a Lou Walters review at the Carillon and, of course, big bands at all the hotels. Herbert supplied talent for [Jackie] Gleason and booked big names into the Olympia Theater. He booked shows at the Indian Creek Club, private clubs, La Gorce Surf, the exclusive Everglades in Palm Beach, the Whitelaw Hotel and Boca Raton Hotel.

Herbert also supplied talent for big conventions. He got Sammy Davis for an automobile convention. He also provided entertainment for the children’s wear conventions, started in the ’60s by Sam Kantor.

Herbert managed the McGuire Sisters and got them on the Arthur Godfrey show. He had water shows at the McFadden Hotel (now the Deauville), was the booking agent for the Olympia Theater (where I danced many times) and supplied the talent for Miss Universe. Once, he took the producers to see a circus act and the car got stuck in the mud, but the elephants lifted the car up. Herbert also helped Bob Hope produce shows in Miami to raise money for Parkinson’s Disease.

It’s good to remember the heyday of Miami and Miami Beach. I am 92 and enjoy the memories of the Golden Era here.

A few tidbits about me: I was a dancer. I was the opening act for Dean Martin and Alan King. When I worked with Dean in Philadelphia we used to go dancing after hours. He did not drink whiskey but did drink iced tea. He put on the act of drinking all the time, but that was not true. He proposed to me then. I was too young to take that responsibility. It would have been fun I’m sure, but my mom said no. I kept in touch with him and called him years later when he and his family were interviewed by Edward R. Murrow (in Philly).

I continued working many nightclubs in Miami and Miami Beach, including the Copacabana, which was run by Bill Miller, and the Kitty Davis Airliner, which was a very popular club down here in Miami Beach. The service men loved going there. I was also voted “Miss Olympia.”

The Biltmore Hotel was a veteran’s hospital and I volunteered there as a “gray lady,” which was what we were called. We’d write letters and read to the boys. I loved it there trying to make the soldiers happy. Everything I did for the soldiers and the officer’s club was great fun for me and the servicemen. I did shows for every branch of the service.

Well, when I got married in 1947 my dancing days were over, though my husband and I were still going to the Eden Roc and Fontainebleau for dinner and dancing. We joined the Palm Beach Club, which attracted many celebrities. We also joined the Jockey Club as I was an avid tennis player up until a short time ago.

We had a son, Randy, who worked for the city for 25 years and is now retired.

Several years ago, Alan King was here at the Fontainebleau and I called him. He used to follow Dean and me around. He told me that who he was really following was me! I didn’t know. That’s why they say that youth is wasted on the young.