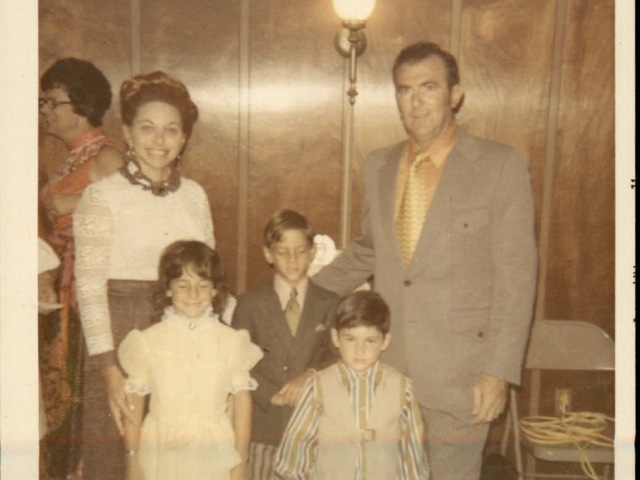 My sojourn to South Florida started before I moved here in 1957. My sister and brother-in-law were here from New York on a winter vacation on December 26, 1947. The metropolitan area of New York had a snowstorm of 26 inches in a 24-hour period. It was a record then and may still be to this day. My sister called my father to find out the conditions and my father told them to stay in Miami, the city was paralyzed, no transportation, nothing was going on. They decided to stay and move permanently to South Florida. They came back to gather their personal belongings.

I started coming down in 1950 when my nephew was born. I went to jai alai every night and sat in the balcony for 50 cents. Back then jai alai was the place to be, especially on a Saturday night. The highlight of my trip was when we would go to Leonard’s La Peña on Bird Road, where I think the Palmetto Expressway is today. The menu, if I am not mistaken, was a shrimp cocktail, steak or lobster, stuffed baked potato and, for dessert, hot apple pie with a slice of American cheese — all for $3.95 (plus tip).

I moved to Florida in 1957, a day after the New York Yankees lost to the Milwaukee Braves in the World Series. My parents followed me one month later. They bought a house one block north of the Tamiami Trail and Southwest 60th Avenue. There is an elementary school called Fairlawn, which also had a park with a baseball field. Playing there one day I was recruited by a team that was practicing. They mentioned a league they played in at Shenandoah Park off Southwest 22nd Avenue and 19th Street and asked me if I wanted to join their team. Naturally I said yes. It was a church league and I played for St. Matthew’s Lutheran one year and Shenandoah Baptist the following year.

My first job in Florida was at the Food Fair warehouse on Northwest 71st Street and 32nd Avenue. I believe at the time they were the largest supermarket chain in South Florida. Other supermarkets at the time were Margaret Ann and Kwik Chek, which eventually merged with Winn Dixie, their main competition. Other stores came and went such as Grand Union, Albertson’s, and Shell on Northwest 58th Street. Publix was not as prevalent around South Florida in those days, but of course they have come a long way since then.

In 1960 I bought a hardware store on Northwest 183rd Street and 7th Avenue. The Palmetto Expressway only extended from the Trail (Southwest 8th Street) to Golden Glades. They used to call the Palmetto “Dead Man’s Highway” since there were no overpasses, or very few. You had to drive way below the speed limit to avoid accidents since very few cars stopped or slowed down at the intersections. I think within a year they started building overpasses at key streets which opened the area to residences and businesses immediately.

Some familiar and favorite restaurants through the years were Gold Star Deli on the Trail, just east of 62nd Avenue, the Great Gables on Ponce and the Trail, The Pub (with Whitey the host) on Coral Way, Royal Castles all over, Shorty’s BBQ, Captain’s Tavern, and Frankie’s Pizza on Bird Road, which is still there under family ownership. Dressel’s Dairy Farm on Milam Dairy Road had rides for the children and the thickest malt shakes anywhere.

Miami Beach in the ‘50s and ‘60s was second only to Las Vegas in live entertainment — from Roberta Sherwood and Don Rickles at Murray Franklin’s to Charlie Callas and Shecky Greene at the Deauville Star Theatre and Buddy Hackett and Joan Rivers at the Diplomat. Movie theaters included the Miracle on Miracle Mile, the Tower on the Trail, the State and Claughton theaters.

I have been happily married to my wife Elaine for 52 years (45 for her and seven for me – our joke). We have three children (and one grandchild) and, 45 years on, still live in our house off Miller Road and Southwest 92nd Avenue.

I was an avid tennis player for 30 years and dazzled many courts such as the Dadeland Inn, Marlin Racquet Club, Kendalltown and Courts at the Falls until my shoulder and knees finally gave out.

In between all this I enjoyed a long and successful career in real estate, where our company built, developed and managed warehouses, retail strip centers and private residences, mostly between Bird Road and Southwest 120th Street, and also along South Dixie Highway and Kendall Drive out west, when it was largely undeveloped. It has been a great ride. Thanks for the memories, South Florida (Miami).