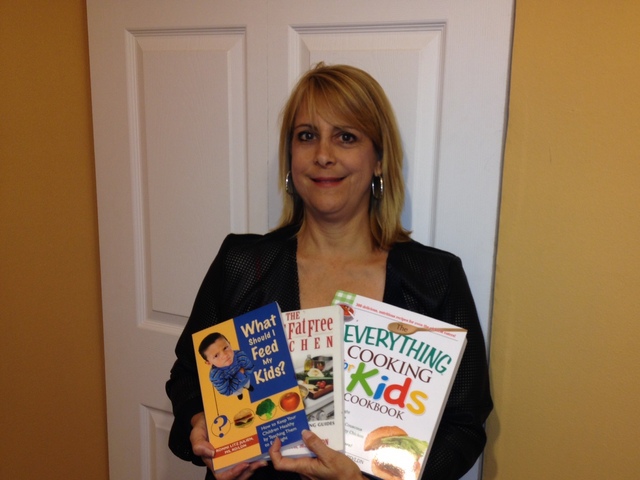 Sheila Presser (Bronx born) and Norman Litz (a Philadelphian) both moved to Florida with their families in 1946. Sheila graduated from South Broward High School, named “The Wittiest” in her senior class. Norman graduated from Miami High, a left-handed star pitcher on the baseball team; he was also known as “Lefty Litz.”

Upon graduation, the University of Miami offered Norman a baseball scholarship; he pitched for two years as a Miami Hurricane. He had offers from the St. Louis Cardinals and the Boston Braves, but instead he made the decision to enlist in the United States Air Force, during the Korean War. It was 1951.

Norman, also known as my father, was sent to Los Alamos, N.M., for two years. During this period, Dad worked in the Los Alamos Scientific Laboratory, and was then sent on temporary duty to the Marshall Islands (Eniwetok Atoll and Bikini Atoll) and the Mercury Proving Grounds (outside Las Vegas) where he participated in the testing of the atomic bomb and the H-bomb. He speaks often about this experience of a lifetime, remembering every detail. He has always spoken very proudly of his service to our country.

Fast forward to 1957. Sheila, my mother, a radiology technician, worked at Mount Sinai through the early ‘60s, and continued her career managing physicians’ practices for many years thereafter. Her finest job, however, was that of being our mom, and no one ever did it better.

Mom and Dad met in 1960. They married in 1961, and embarked on their life together, living on Miami Beach. Dad’s career began with the City of Miami Beach, first as an auditor. He was soon after offered the job of assistant manager at the Miami Beach Convention Center. In 1971, Dad was promoted to director of the Convention Center (and the Jackie Gleason Theater of the Performing Arts), where he remained until his “first retirement” in 1993. Dad spent 22 years in this extraordinary position, hosting the 1968 Republican National Convention and the 1972 Democratic and Republican National Conventions, the major expansion of the MBCC in the late 80s and, if you give him an hour or two, he could come up with innumerable experiences while there.

Though Dad loved his work, it required so much of his time – many weekends and evenings, too. That left Mom with the gigantic task of raising their two children, kind of single-handedly. You know what? They made it work. Moreover, they raised two children who love life, cherish their family immensely, and enjoy their flourishing careers.

Now, the children: Steve Litz, political reporter for NBC-6 with a career in television that has spanned 20 years; and me, Ronni Litz Julien, nutritionist/author/media consultant for the past 28 years.

Steve and I had what you might consider a “normal and happy” childhood. We are both Miami natives, born at Mount Sinai, and have remained loyal Miami residents most of our lives. The public schools we attended – North Beach Elementary, Nautilus Junior High, and the beloved Miami Beach Senior High – educated us well. We grew up with tons of love, a meaningful value system (and a true zest for life and a desire to be successful, joyful and well-respected adults. Our parents instilled so much good in us, which we hope we have now “paid forward” to our children, the next generation of Miami natives.

Seven years ago, Steve took a reporter position in Miami at NBC-6 after a 10-year stint working for the ABC affiliate in Charlotte, N.C. It was a very special event when Steve moved back home, which meant our nuclear family was reunited, along with Sheila and Norm’s three grandchildren (my children, Jamie and Jordan, and Steve’s son, Seth).

My own career as a nutritionist began in 1986, after completing my undergraduate college education at Florida International University, then receiving my master’s degree from Boston University. After only one winter in Boston, this Florida girl ran back to Miami.

I had the good fortune to have done so many things, and am blessed with a job I love, teaching healthful eating habits, longevity and behavior change. I have authored three nutrition-related books (national book tour included), plus a parenting manual on how to teach children better eating habits. Additionally, I have been a media consultant to most of the television stations here in Miami and have taught at the college and high school levels, but most of my years have been spent in private practice. Presently, I have expanded my practice to “concierge nutrition,” in which I go into the home and develop nutrition programs for the family, focusing on any and all nutrition and medical-related conditions. I am blessed with a wonderful life here for the past 50 years, and can only hope it continues as long as good health allows it.

Steve recently covered a special story on the possibility of the Democratic National Convention returning to Miami in 2016. He called Dad and asked him for a few “sound bites.” Once I saw the piece air that night – when Steve Litz interviewed Norman Litz – I realized that our lives here in Miami had come full circle.